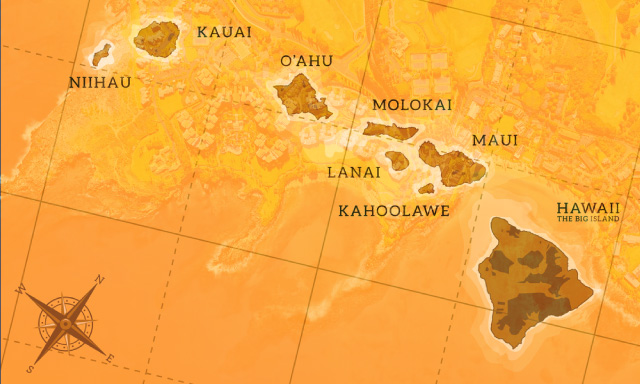 It was January 16th, 1895. Two men arrived at Liliuokalani’s door, arrested her, and led her to the room where she would be imprisoned. A group had recently seized power and now confiscated her diaries, ransacked her house, claimed her lands, and hid her away. Liliuokalani was Hawaii’s queen. And she ruled through one of the most turbulent periods of its history.

They quickly amassed power, building businesses and claiming arable land that they transformed into plantations. They worked with the ali’i, or sacred Hawaiian nobility closely linked to the Gods.

The ali’i appointed missionaries to government roles where they helped establish Hawaii as a sovereign kingdom with a constitutional monarchy.

But once specific business opportunities emerged—namely, the prospect of exporting sugar to the U.S. tariff-free—some of their descendants shifted positions.

They formed a political group known as “the Missionary Party” and began plotting to annex Hawaii, bringing it under U.S. control.

Liliuokalani and her siblings were born into an ali’i family.

In 1874, her brother, Kalākaua, ascended the throne, but the emerging threat crystallized thirteen years into his reign.

The Missionary Party called a meeting where an all-white militia surrounded and forced the king to sign new legislation.

Later, the Bayonet Constitution stripped Native Hawaiians of their rights, diminished the monarchy’s power, and ceded control to this group of white businessmen.

Four years later, King Kalākaua died, heartbroken, Liliuokalani said, “by the base ingratitude of the very persons whose fortunes he had made.”

Prepared to fight, she assumed the throne. Despite death threats and rumors of insurgency, Queen Liliuokalani was determined to restore power to her people— an estimated two-thirds of whom had lost their voting rights.

Flooded with change requests, she authored a new constitution.

But before she introduced it, the so-called “Committee of Safety.”

A new organization that consisted of many Missionary Party members hatched another plot.

Under the pretense that this new constitution endangered American property and lives, they staged a coup on January 17th, 1893.

More than 160 US Marines marched to the palace,

where the “Committee of Safety” removed Queen Liliuokalani from office.

some wearing hatbands are reading, “Aloha ’Āina,” or “love of the nation.”

They proclaimed that Hawaiians couldn’t vote or be government employees without signing a new “oath of allegiance.” Many refused.

The following year, some of Liliuokalani’s supporters attempted a counterrevolution.

In exchange for their release, the Republic made Liliuokalani sign a document that claimed to relinquish her throne, and they imprisoned her in the palace.

Under constant guard, she composed songs expressing her love for her people and began making a patchwork quilt that told her life story.

While she was only allowed news that her jailers had reviewed, her supporters often brought her bouquets from the garden she’d dedicated to them, wrapped in newspaper.

After eight months, Liliuokalani was placed under house arrest. As soon as it was lifted, she traveled to Washington, D.C. With Hawaiian nationalists and over 20,000 signatures.

There they successfully convinced Congress to halt the Republic’s annexation treaty. But the following year, the Spanish-American War began.

Seeing Hawaii as a strategic military base, President William McKinley declared it a U.S. territory on July 7th, 1898— breaking international law and devastating Queen Liliuokalani and her people.

She spent the rest of her life petitioning to restore her lands, Native Hawaiian rights, and national liberation.

When she died in 1917, these dreams were unrealized.

A group member that forced Queen Liliuokalani out of office once declared, “If we are ever to have peace and annexation, the first thing to do is obliterate the past.”

They failed at this goal. Queen Liliuokalani left a resilient legacy: Her commitment to her land and people never wavered, and many Hawaiians continue to fight in her memory.

Speaking of Hawaii’s children, Queen Liliuokalani said, “It is for them that I would give the last drop of my blood.”